I've created this development page to keep you updated with the progress of my latest title, Forbidden Kingdoms and to help me keep a historic record of the development process. I'll share what I can, when I can.

Been working on the new art assets for Forbidden Kingdoms and honestly, am as happy as a dog with two dicks. It looks so fucking good, I find myself getting a little bit angry that I can't play it already. Which is a fucking good sign to me.

I really want to share details about it, but I think I would ruin it if I told you too much too soon. Despite that I suppose I could share that it's not set on this planet.

It's a mammoth task making a game and all the shit that is involved (and then there is living a life as well), so this may very well be the last update(I know I've said fuck all, but it counts) for quite some time.

Despite working on the game for the majority of the year, I've come to the conclusion I'm going to have  to start from scratch. I've made thousands of lines of code, hundreds of art assets and sunk an unbelievable amount of time and effort into this work - so trust me when I say it wasn't easy making this decision.

It would have been beautiful. But here's the thing, it was super niche. It just wasn't ....fun.

And fun is what I'm looking for, it's why I buy games. So I took my head out of my arse and started over. I have a simple philosophy - If I don't sell a single copy, will I be happy that at least I have the game? Now the hipster game designers out there will tell you that you don't make games for yourself - horseshit.

I'm not an outsider to the industry, I've been playing and buying games the majority of my life. If I can make a game, spending more time on it than any player ever will and still find the game fun - I know I'll be onto a winner. 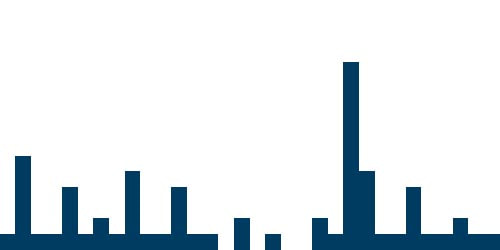 The image above is one of the many set of grass I made, so thought it was a fitting metaphor of small shoots growing into something else or sum bullshit like that.

How Far Are YOU Willing To Go?

At this point I've been working on Forbidden Kingdoms for quite some time and I finally have something I can share with the world.

​It's a game based around a space adventurer in search of his fortune and asks you the player, how far are YOU willing to go?

​For a greater reward, you will invite greater risk
My aim is to simply give the player a unique experience. I will hopefully achieve this by bringing a hybrid genre of game, set on an alien planet.

More details in the future!