What is a Roguelike 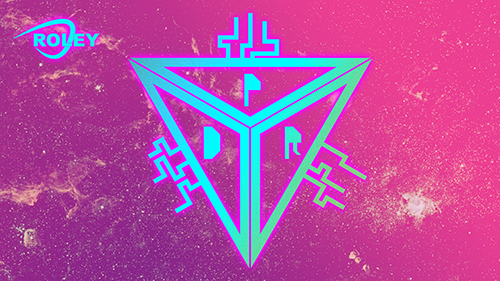 Roguelike is one of those terms thrown around that people don't really understand, because language around video games is a bit shit and always slow to catch up. The nature of a beast that's always making new things really.

The most famous example of this is how games in the genre known as 'first person shooter', were referred to as a 'Doom clones'. Calling things a clone in the first place rubs me the wrong way, especially as beyond the improper use of the word clone, it carries a totally unjustifiable negative connotation.

Piss soaked intro aside you came to learn what Roguelike means and what a Roguelike is you will learn me lado.

You see with my earlier example, the problem was a genre of game became popular in a time that people didn't know what to call it. Kind of like saying everything tastes like chicken because that's the only thing you know.

​And just like earlier, Roguelike is often used wrong, by game developers too. Mostly lead by what game type players are searching for.

So to find out what Roguelikes are(Just in case you didn't know Rogue is the name of the game these games are 'like' - hence 'Rogue-like'. If it was the 90's it might have been 'Rogue clone'.) we have to compare common themes between the original Rogue and the themes of that game, used by modern indie games with that Roguelike tag attached.

I think I can break this down into only a few simple elements and of course because of my Godlike powers, I have a name for this genre - instead of the dogshit Roguelike tag that I now fairly despise.

To break it into it's 3 simplest core components:
​
These oversimplified core components between the original game Rogue and games that use the 'Roguelike' tag when describing themselves, share these core values. So I think this is where the spirit of the genre exists and with that said, let's move on to the name the genre should have.

Drop mic. (Wait for applause... there is none, a lone guy coughs. You get down off stage to ask him "What's this all about, this coughing shit?". He replies "It means nothing, I just needed to cough.". Before you turn to walk away the bloke say's "I've had it for ages".

"What? The cough?" "Yes" says the man "It's probably nothing". "No," you sharply interrupt, " a cough that's lasted for three weeks or more should be checked out by a doctor." "Oh I see, I'll book an appointment" states the lone man.

You see a weight lifted off the man's shoulders, as someone has genuinely shown concern for his well being. You also notice he was totally fighting to hold in another cough, but didn't want to worry him further. As you stride away you feel nourished somehow by helping that man seek medical attention.

​The stage scene, mic and lone figure slowly disappear as you realise you might have to explain the how you arrived at Level Looper for a name. And stop referring to yourself in the second person.)

Ok my first thoughts were "Dungeon Looper" but that rules out any game not set in a dungeon. So level fits better and the looper is because one of, if not the, biggest drive mechanic of the game, is going around and around (basically replaying the game).

Using elements of the monsters, loot, power-ups or even variations of the levels in the name will make it too long. When 'Level Looper' perfectly describes the core mechanic of the genre.

Possibly saved a guy from a serious illness and named a new type of genre of game. Do you know what, I might just go ahead and start wearing my underpants over my pants.
"Level Loopers offer a new exciting genre for gamers.”