Fallout 4 has some interesting locations, not least of which is the very start of the game - Vault 111. As this was really important to the story and no doubt covered by everyone of the shysters on Youtube, as it's low hanging fruit (literally the first area you start in after the prologue) I thought I'd cover it properly.

I filmed a kind of 'Machinima' to retell the story of what happens in the lead up to Vault 111 and touched on some of the themes of things we'd come to cover as the series moved on. I originally was going to do a made-up voice to play the role as an overly dramatic cheesy kind of guy, but I was very sick and couldn't maintain the accent. I did however want to get the video done and released before Christmas, as I wanted true Fallout fans to have something decent to watch over the holidays, so the script stayed (virtually) as it was, but I used my normal voice. That's why at some points I sound like an overly dramatic 15 year old submitting his audition for a role.

But I got it done and got it out, which is what I wanted. For all the time an effort I put into making it on my asthmatic gerbil powered computer it didn't do as well as it could have.

In the end I pulled out of doing anymore like this, as there was just no support from the Fallout 4 crowd. I did however make another Fallout 4 video covering Vault 81. 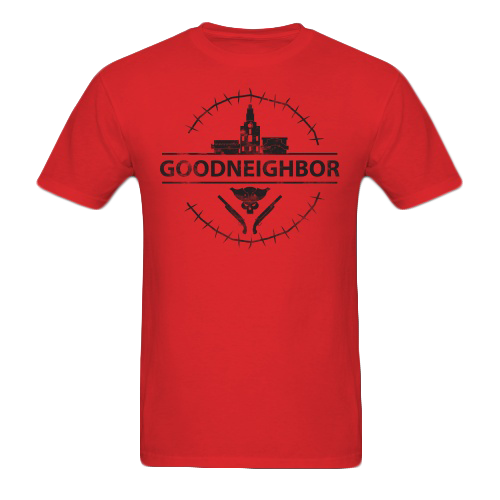 Shirts
People who watched this went on to watch: