A good citizen is always vigilant against those with non-government sanctioned thoughts and words. Let this Thought Police wall art act as the reminder that the thought police serve as the thin blue line between you and thought crime. 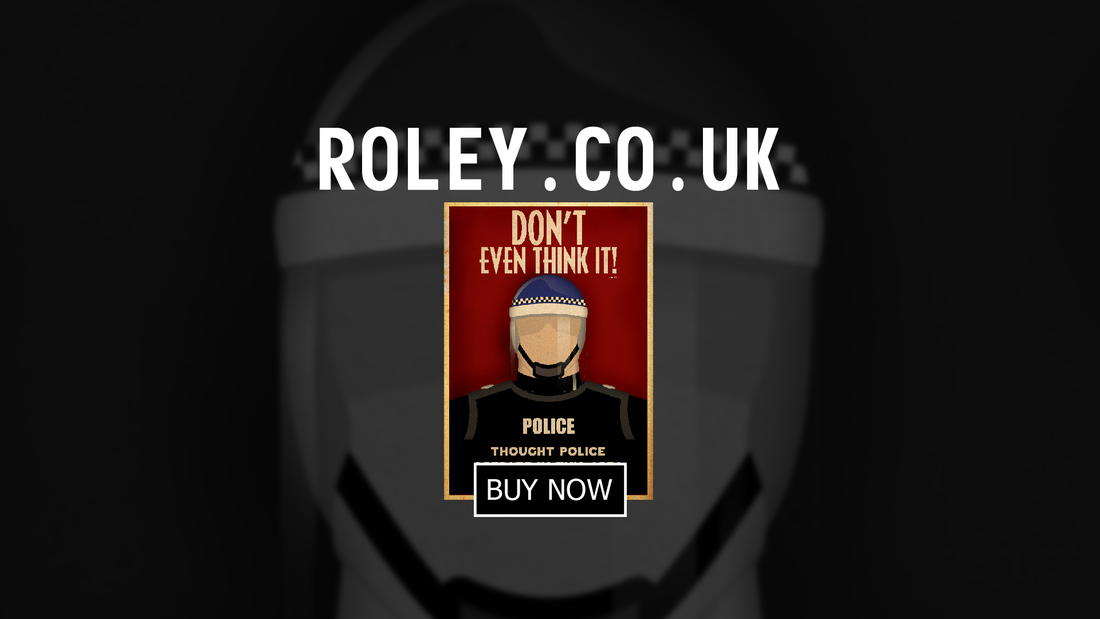 Thought Police wall art
Thought Police
Anyone who has read George Orwell’s 1984 may get the reference. But for those of you who haven’t, the story tells of a land under state control. Where any opposition is illegal.

Having views other than that of the main political party are considered thought crimes. The term thought police has moved over to everyday use now, especially considering we have seen the government coin phrases like "hate crime" or "hate speech".
​
In reality thought police exist wherever you have to be politically correct and anywhere that doesn’t have free speech.
To those of you who have read it , can you say your country isn’t slipping or has indeed slipped that way?