The student debt crisis is spiralling out of control, as the House of Lords economic affairs committee estimates the student loan book will bloat to over a trillion pounds in the next 25 years, unless we take action.

But how did we get into such a destructive debt spiral with England's youth? Well in 1998 the then Labour government introduced university tuition fees, after the previous Conservative government commissioned a report on radically expanding the higher education sector.

It appears both parties, who are supposed to be opposed to each other don't forget, were in favour of wasting tax payer money and getting our youth in debt before they even have their fist job.

The report, carried out by Sir Ron Dearing, estimated that an additional £350 million was needed for between 1998-1999 and £565 million for the period 1999-2000 alone, for this radical inflation in the education sector. These staggering sums of money would later pale in comparison, as consecutive Labour and Conservative governments ballooned spending on education.

​This led to our current state, where the average English student is in debt for just under £50,000, with universities electing to charge the maximum they are allowed - £9250 per year. 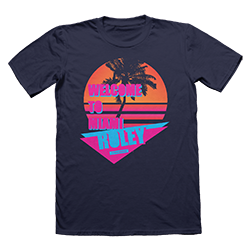 Welcome to Miami
Inevitably far-left politicians tried to convince some impressionable students, that paying their own way in the world made them a victim of the evil rich people and many marches were had, with the same pathetic messages at the front. Namely rich people bad, free stuff good. But to go into slightly more detail, the argument was university students shouldn't pay their own way because ultimately they pay more in taxes and their services are the much needed ones.

That all sounds reasonable until you actually look into it. Non of the marches stated that solely 'needed positions' like medicine or science would be spared, just everyone. Meaning all the blue haired hairy arm pitted lesbians on the march deserved the patriarchy paying for their gender studies - nothing says independence quite like daddy government picking up the tab does it? 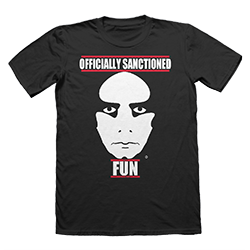 Officially Sanctioned Fun
But isn't it true that they'll pay more taxes, helping us all out and isn't it a good deal anyway, seeing as the students are charged an interest, I mean that can only be good for England right? Well let's take a look.

Now the loan thresholds have changed and there are different plans (to be honest the whole thing is as clear as mud), but on average it works out to the debt being 9% on earning over £25,000 a year - with the whole thing being written off if it's not paid in 30 years. Having the debt or even shirking paying the debt doesn't count against you getting other debts either. 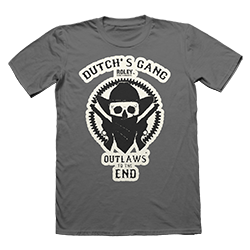 Dutch's Gang
What this leads to is our young people being laden with a worthless debt, they've been tricked into and teaching some of them to become snidy bastards and shirk paying back what they owe - fantastic work Labour and Conservatives.

Then of course, I feel we have to discuss the universities themselves. As I mentioned above, universities charge the maximum they can and they have done so over the years, as the cost rose to what it currently is. But universities are a weird beast with them being government funded(apparently only 5 universities in the UK are private), but kind of running themselves at the same time. They run a lot like a private business with government backing, having a strange stance on vacuuming up their students intellectual property rights.

Part of the trap students face is the name of the university carries nearly as much weight as the qualifications themselves and that's locked to an institution. Friends you make while attending Oxford university can help you advance later in life, as they too have expanded opportunities (success tends to breed success). And dropping the name of a reputable university will always sound better at a job interview(much better than saying 'I got my degree at sadlonelycheapbastards.com').

It's a tricky one, but you want the quality of education high, not the cost, so you simply need more university places(still quality establishments) and less students.

One additional factor that could lower the cost would be to do the qualification in a shorter time (where possible), cutting out any unnecessary bloat and avoid splitting work that could be done in a single year.
Along with the grotesque misuse of tax payer money and down right awful behaviour we are instilling in England's future generations, we have to count what this lost money could have been put to. How many projects lost funding or were abandoned because of this reckless pet project?

A simple solution would be to steer university students away from debt and into the low skilled work currently done by economic migrants. 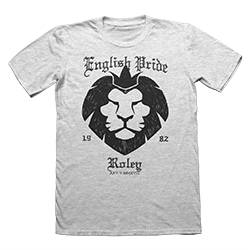 English Pride
It's painfully clear that politicians across all the controlled parties are pushing an unnecessary debt bubble on the English taxpayer, to radically expand the higher education sector. If I was really cynical, I'd say the whole affair could be used to launder money or siphoned off to make a certain group of people a huge profit. But what is certain is students are being sold debt to obtain jobs that don't pay as well as hoped (as would indicate from the terrible ) or that don't exist.

Labour opened the flood gates to migrants so they could take all the low skilled jobs and invited them to take attendance at the newly created universities courses. After all when people start to do well financially, they tend to stop voting Labour, so they need fresh victims who are oppressed to ensure future voters.

As for the Conservatives, their ties to the banking cartels no doubt has a cold hand in their disgusting love of debt. The only reason anyone votes Tory is, out of the two controlled parties, they were the more fiscally responsible, something they have long since abandoned when they caved into a debt controlled economy.

It's like having the town fire fighters going  around setting fires, just so they have a job to charge the public for. That's exactly what politicians do, they create the problem and then offer the solution.

The only course a free society can take to ensure it stays free and prosperous, is to reign in it's rampant government. The easiest way to do that is to break the governments irresponsible money borrowing and spending. Common sense says you can only spend what you have earned.

Governments must be tied to funding their pet projects with actual funds they raise through electives taxes. This ensures only services that are needed will be tax payer funded and things like having so much tax money you give it away to foreign countries, will be a thing of the past.

The tax burden the public pays should reduce exponentially after major infrastructure work is completed, as the investment is made and upkeep cost are at a minimum (new shit doesn't need upkeep and repairs). But it never drops as the government never runs out of ideas on how to spend YOUR money.
By Roley
​03/11/2018