Indie Games Are Love Indie Games Are Life and with that said here are some Indie games to keep your beady little fucking eyes on. Here’s this episode for the 15th of January 2018.

Noita Game
Noita is the Finnish word for witch, so it seems the perfect fit for a magical action rogue-lite. You’ll zap and blast your way through procedurally generated caverns, fighting hordes of beasts.

Some of you might get a Terraria vibe from the video, but I think Noita focuses on building spells instead of homes. So if killing creatures is your thing, you might want to give this a try. Just be careful as death is permanent.

Wildfire Game
I got to play an early build of Wildfire some time ago and the game showed a bit of promise. So I’m glad to see it’s nearly ready for public consumption.

You fight against the forces that have captured your fellow villagers and now relentlessly pursue you because of your magical powers. So you in turn use your magical elemental powers to survive - let’s be honest you're going to burn everything alive because in real life you’re not allowed to play with matches anymore, ever since you burnt your college down.

Narita Boy Game
Narita Boy looks to tap into the retro 80’s vibe, which is huge at the moment. The art and music in this game so far seem amazing.

Details on the story at the moment are a little light, it has something to do with you being a digital hero attempting to save the digital kingdom and is set to be fought across simultaneous dimensions. I'm guessing that is in real life and within a computer game - sort of a game within a game concept, unless I’m way off. Either way definitely one to keep an eye on for me.

MachiaVillian Game
You can’t help but reference games by how they look, so I’m betting when you see Machia Villian you're going to say either it looks like Prison Architect or Rimworld. It will depend on which of those types of game you saw first.

Machia Villian looks to set itself apart in the fact you run a spooky mansion filled with monsters, all managed by your villainous intent. Think of Halloween - but you eat the trick or treaters, instead of just hiding behind the couch hoping they didn’t notice you were home.

Death's Gambit Game
Death’s Gambit is an action rpg side-scroller that’s more than likely got you thinking it looks like a 2d Dark Souls game, which is obviously what the developer was aiming for.

You play as the harbinger of death tasked with ridding the world of immortals, a.k.a - the big fucking bosses you see. This game looks like a huge undertaking and the sheer amount of work that must have been poured into it is phenomenal, just the thought of that makes me break out into a cold sweat. I hope it turns out to be as awesome as it looks.
That’s it for this episode, don’t forget to check back to see what games are featured next time. You can support the show by getting a creator pass or buying a shirt. In fact Love Indie Games now has it’s own official shirt. 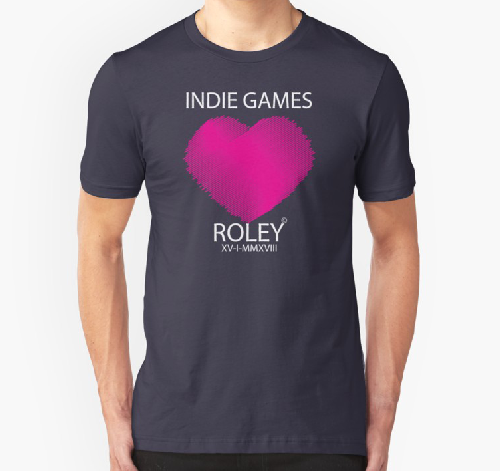 Love Indie Games
This site works on the honour system of if you use the site, even just once, you pay for the work. Otherwise you can consider it stealing. Get a creator pass or some merchandise.
Creator Pass
By Roley
​15/01/2018