It comes as no surprise that the Fallout franchise is in deep trouble, regardless of the best efforts of irrelevant gaming journalist sites and YouTube shills (who will sell you any old lie for a suck on that adsense teat) who try to spin this disaster of a game in a good light.

No Bethesda have drawn a clear line in the sand, pitting themselves against their core audience, similar to many "AAA" publishers like EA - and in a strange turn events, it's the customer who is coming out on top. By avoiding buying into this burning car wreck. 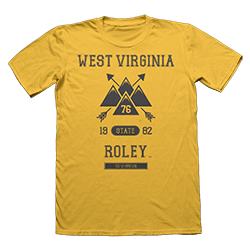 West Virginia
The warning signs were on the wall when the game was announced, "It's 4 times bigger than Fallout 4" said shifty eyed bastard Todd Howard. 'But Todd, you struggled to put anything of interest in Fallout 4, why in fuck's name would you make it bigger?' I was thinking.

Then he drops "online only" and some actors, dressed as stereotypical "geeks", dispersed in the crowd yell like they have just won the lottery (video below check out what I mean). 'Holy shit they've gone bat shit crazy' I'm thinking to myself. Fallout 76 won't work.

Against my better judgement I made a video stating 'let's see what it's like first', but then more info came out and that feeling that Fallout 76 was going to be a turd got worse - so I dropped a list of games to play instead of Fallout 76.
The snake oil salesman even had the gall to drop the joke "I’ve read on the internet that our games have a few bugs. I did, I read it on the internet, so it’s true". What da fuck, how could he just try to fob off Bethesda's broken games as 'just internet hearsay'?

I mean they don't call them Bugthesda for nothing, but this is why Todd is now known for telling those sweet little lies and in turn has destroyed his and Bethesda's hard earned reputation.

You see players looked past Bethesda' games many flaws, purely because they were interesting and fun to play. But that all disappears the second you make a dud and boyo is an online game with no story a dud. Especially seeing as the ONLY reason Fallout has a fan base in the fist place was the lore of the Fallout universe (something I touched on in my Pillard Effect video). 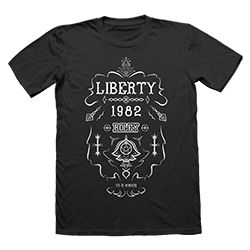 Liberty
But then players got there hands on the game and boy were they pissed, so pissed that they vented their rage on Meta Critic were it currently has a user score of 2.9 (Meta Critic score 60)- making it possibly the worst game of 2018. Hopefully this sends a message loud and clear to Bethesda, that their customers are not at all happy with the inferior product that they have shit out. (Fun fact Bethesda had a performance bonus for Obsidian when they made Fallout New Vegas tied to the games Meta Critic score.)

Except that it has got out that here in the UK retail sales of physical copies of Fallout 76 are down 82%. No doubt Todd and those at Bethesda would spin this as digital sales becoming more popular with players, but those who aren't brain dead know it's horseshit. 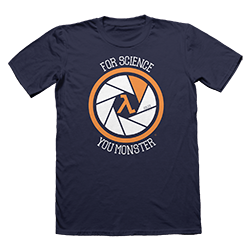 For Science
The writing is on the wall for Bethesda as far as I can see, with Todd Howard having to be replaced (if only in presence at presentations) until players forget what an unashamed bullshitter he is. As for Fallout it would be easy for them to make something the fans would enjoy, but you can see they don't care what the customer wants as they have gotten away with giving no fucks in the past.

In retrospect Fallout 4 was a test bed for Fallout 76, in the same way they are both a test bed for (what I imagine) Bethesda's new business strategy is. Namely an on going service where the users generate the content and Bethesda sell you trinkets to add to the "experience".

You can surely expect any future Elder Scrolls to be treated this way and Bethesda's jewel in the crown (even though it's not released yet) Starfield.
By Roley
​21/11/2018