Like an unwanted child spilling out of a whore's slack vagina, so too has Activision dropped it's knickers and shit out yet another bastard into the world. This time the brats name is Black Ops 4 and having siblings who have progressively wreaked havoc over the public worse and worse over time, it was surely destined to be one hell of a cunt.

But we can learn so much from the Call of Duty franchise that I feel it's worth taking apart. This conversation does just apply to just Activision, but can also be used to examine the industry as a whole.

The fact Call of Duty could get progressively worse over time, is owed in part due to the fact retards are so easily programmed by entertainment. Spending huge amounts of your budget on marketing ensures huge returns, more than anything else because the horde's are usually brainless fuck tards.

But Black Ops 4 was given birth in a back alley. I haven't noticed the usual bus signage or billboards that litter the place screaming buy this hunk of shit, no this indicates something different - the game has changed.

Instead of the traditional advertising avenues, shyster developers have realised their greatest ally is the screaming YouTuber. The YouTuber ever ready to do anything to get shekels mentality, is exactly what unscrupulous developers  need to bypass any safety measures.

Having had their way with corrupting gaming journalist they now turn to the likes of YouTube and Twitch to carry on the gravy train.

But where did that leave gaming journalism - well quite frankly, dead. No one trusts the big sites anymore, Gamer Gate exposed their biases and corrupt behaviour. Now their influence is next to nothing, despite their viewer reach and big money company backers. All because they favoured short term financial gain, over long term sustain ability.

So what will the young (most under 30) YouTubers do when faced with cash or early access to a game that will get their dogshit channel some eyes? My guessing is like a seasoned politician they'll say anything the money men tell them to say, including bullshit through their back teeth.

You see the eternally brain dead (and children) gravitate towards certain YouTubers, seeing them as a friend or brotherly figure. Some one who is fun and in their circle of trust, so naturally their guard isn't up when is comes to being lied to or misguided.

To think developers and huge global corporations like Twitch and YouTube don't know exactly what they are doing is laughably stupid. These companies even refer to these manipulators as "influencers"

Brainless zombies are playing as zombies

By dumbing down the game they have made something that only appeals to the dumb, but not just that, the spineless. I hate the phase, but it has to be said that guys who play Call of Duty now are cucks (fuck I hate that word), so much so that I think they should rename it Cuck of Duty - the arseholes would still buy it.

I bought into the franchise at Call of Duty 2 and saw it go down hill, but I put up with the shit until Black Ops 2, when I eventually said I need to grow a set of balls and find other games. Everyone with half a brain did jump ship, leaving only YouTube bandwagon jumpers trying to peddle the same guff over and over and new comers, namely children who don't know any better.

Having driven away anyone with brains now they are left with only liars, morons and children who don't know any better, meaning they can do anything with no backlash.

​The Call of Duty franchise is now just an Activision executive slapping his cock on the players cheek.

​The Call of Duty franchise is now just an Activision executive slapping his cock on the players cheek. 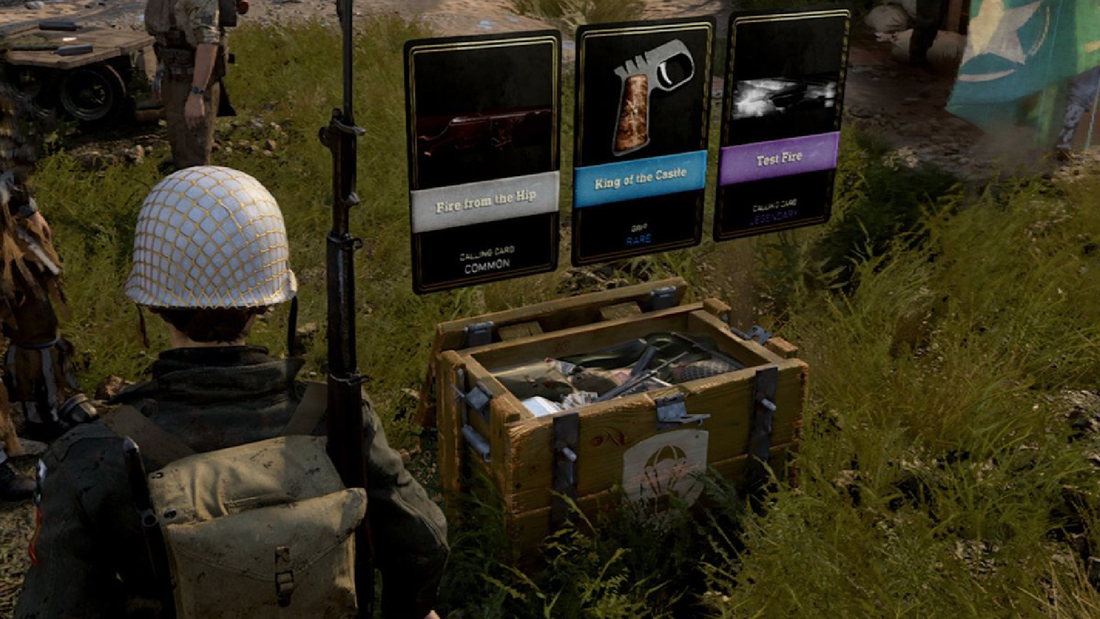 It's not torture if you pay for it, it's masochism.
But their latest title Black Ops 4 has to be the money shot, let's pull just a tiny excerpt from this faecal sample.
They just out and out fabricated that players no longer want the single player campaign that costs them money to make and are instead wanting the cheaper 'make your own fun' model (God you have to laugh at anyone who buys this shit). But anyway within one of the opening scenes ( as viewed for free on YouTube without buying the game on a channel dedicated to showing games footage for free - the very thing that killed Telltale)  we get a healthy dose of fuck you customer, heard by anyone with balls. 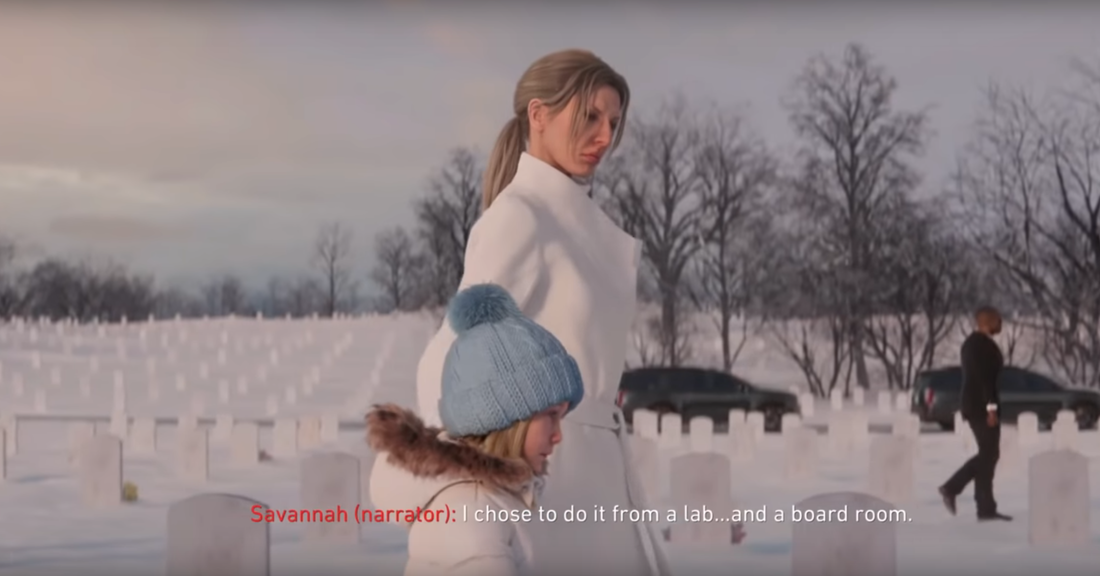 A scientist and a powerful business woman, but she still has time for a large collection of cats.
Two white females, dressed in all white walk through a white graveyard (the bodies of whom they walk over are I'm guessing are largely white American men). These two females are being guarded by men dressed in black, with a token black guy there for good measure. The adult female in seconds tells us she's a brilliant scientist and business woman and then visits her sisters grave who was the soldier of the family.

Cue the memory sequence of what got her sister killed and we see two females (one who looks like a pink haired butch lesbian) and a soy boy. After that your eyes fill with tears of laughter, that there are so many mentally challenged fembots that will buy this utter shite. And that is what we should do, don't ask to make the game better, just laugh at the lowest of the low who actually pay to have their balls walked on in high heels. 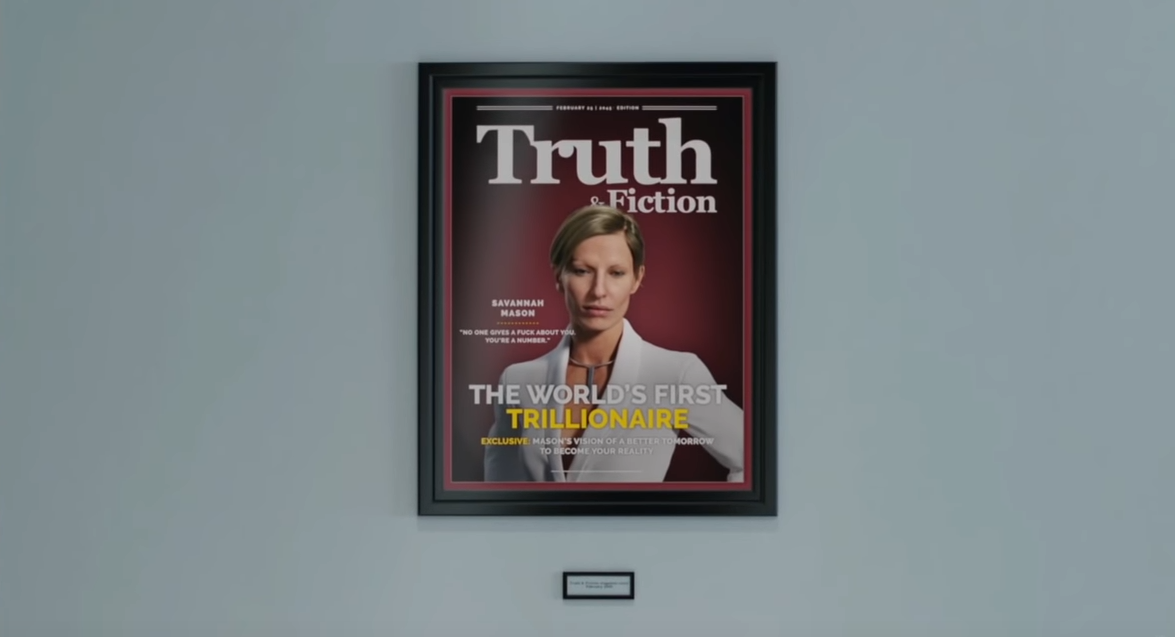 She has a strong nose for money this wahmen.
They are figuratively wanking on Call of Duty players' faces and the players are lapping it up like they were at a foam party in a night club. 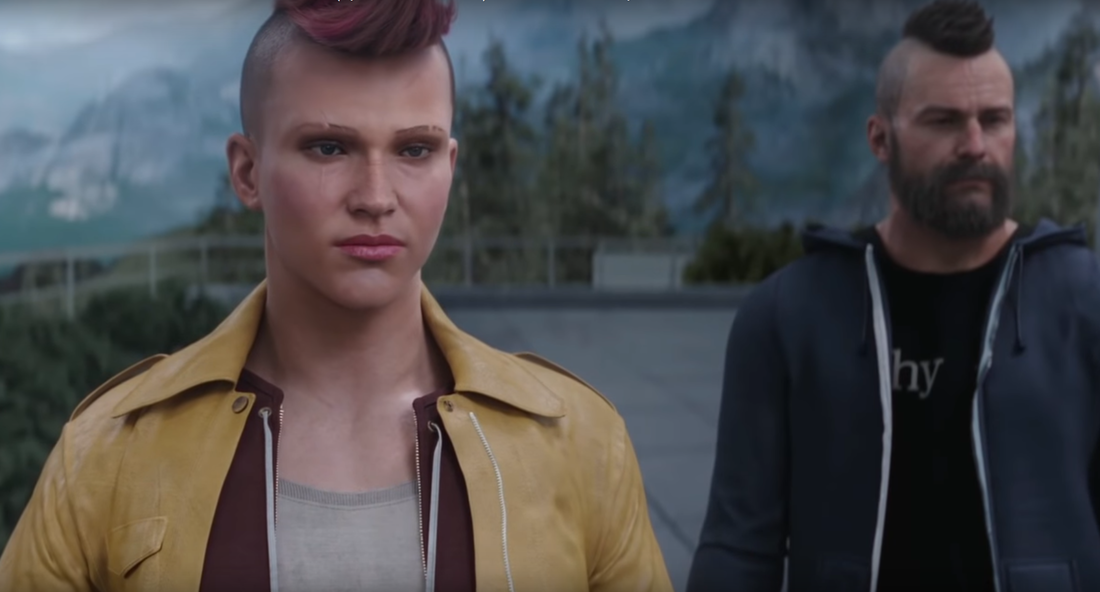 Lesbo and Soy Boy will branch off and get their own Netflix show smashing the patriarchy.

Call of Duty is dead

Developers are shitting on players and you're invited - it really should fucking annoy you. I'm a developer and I know the shit they (by they, I mean shitty developers) are doing is turning people off gaming as a whole, which is why I think more people who are in the field should speak out. That's not to say everyone else isn't entitled to chime in, it's just insiders have a vested interest in not having a group destroy it for everyone.

Just like it's good to see YouTubers exposing other YouTubers and Twitch streamers shady shit.

The fact is just like Bethesda has killed Fallout forever, Activision too has killed its golden goose Call of Duty. Now I know there are those who are mentally feeble and like feelings over facts, but Call of Duty is dead.

If I smashed your favourite cup with a hammer, ground it up into tiny particles, then recast it into a ceramic picture frame, you shouldn't except me saying 'here's your favourite cup, it just been re-imagined'. Not unless you were brain dead.
By Roley
​13/10/2018